Media reports and video footage of successful crash testing at the D.C. Underride Crash Test Event, on March 26, 2019, can be found here.

Eric Flack, Investigative Reporter at WUSA9, recently began an extensive investigation into truck underride. The segments which have already aired are listed here. They plan to shed light on the problem until it is adequately addressed in this country. 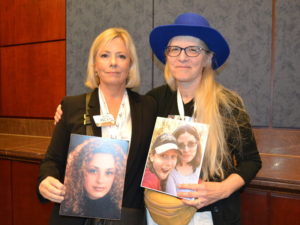 IIHS co-hosted the Second Underride Roundtable with the Truck Safety Coalition and AnnaLeah & Mary for Truck Safety at their , on August 29, 2017.