Hundreds of people die every year when they collide with a large truck and the truck enters in the part of the car where people are sitting. Actually, it might be more than hundreds. Over 4,000 people die on average each year from truck/car crashes. The crash report forms don’t usually have a checkbox for “Underride.” So underride deaths are under-reported and under-counted. In fact, Marianne Karth and I both have found that our daughters deaths are not accurately reported in these charts.

Through the Fatality Analysis Reporting System (FARS), the Department of Transportation receives reports from each state on truck crash fatalities. To the best of their ability, they analyze the data and record those deaths which they determine could be labeled as due to “Underride.” That includes the following charts:

The next chart covers the time period of 1994 to 2015, showing underride deaths when the initial collision was at the front, side, and rear of trailers — first for the country, followed by a similar format for each state. Numbers are shown one year at a time and then totaled: 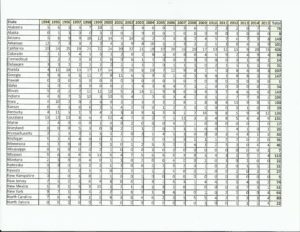 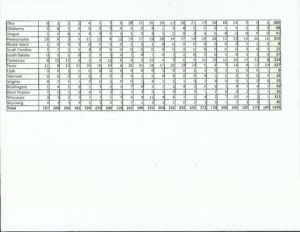 We also received a graph of underride deaths by State for 2015 from Matt Brumbelow, Senior Research Engineer at the IIHS. Specifically, these are “2015 Passenger vehicle occupant fatalities in 2-vehicle crashes with tractor-trailers.”

Matt Brumbelow explains further, “that 2015 is still the latest year of data that NHTSA has released.  Also, that while not all these crashes will have involved underride, our estimates based on other studies is that underride occurs in 80-90% of tractor-trailer rear and side crashes with serious/fatal injuries.” 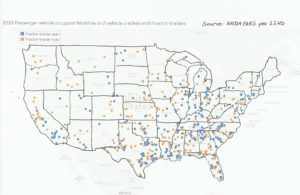 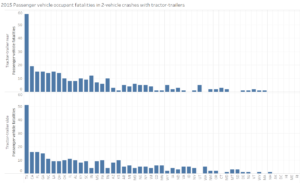 The Insurance Institute for Highway Safety prepared this graph by state: PV Fatalities in Truck Crashes 2015 per IIHS 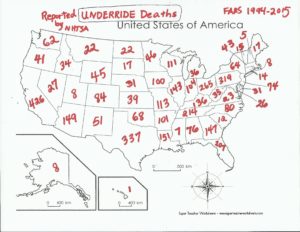 No one needs to die this way. 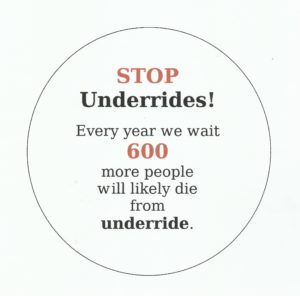 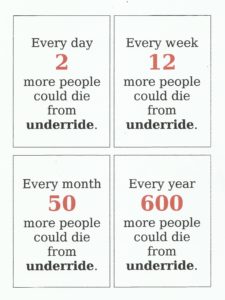